In conversation with illustrator Ed Cheverton who graduated from the University of Brighton Illustration course in 2013. Ed works from a studio at home and is known for his distinctive style that often simplifies work to its core elements.

I’d always wanted to do something in the arts growing up. I hadn’t thought much beyond ‘I’ll be an artist’ until the end of school when I realised that Illustration was a thing. It seemed to fit what I wanted to do with my work at the time and so I thought that’s what I’ll study at University. I drew non-stop at primary and secondary school, mostly with a friend and mostly detailed stick figure battles in the various fantasy worlds we’d invented. We weren’t really thinking we were making art I guess, but it just meant that I was drawing virtually every day without thinking about it. Art school almost killed drawing for me… but luckily I discovered collage and that became my main focus. I’ve been drawing more since the latter part of uni and it’s still a battle but It’s become part of my practice, mostly in the sketchbook.

It’s been a rocky relationship over the years but I’ve gotten a really good understanding with my sketchbooks now. It’s mostly a scaffold and a support for what I do, almost everything starts in there. It’s really a testing ground for whatever I’m working on, I’ll fill up pages with thumbnails and rough ideas for pieces and projects. Also it’s a really comfort mechanism when I’m in a situation or place I’m not entirely happy (at the moment group zoom chats), I can just sink into my sketchbook and play and escape. I’ve kept a sketchbook going uninterrupted for around 7 years now I think (pretty much since I finished University), it’s not really something I think about but i guess it subconsciously just ‘happens’.

Your work often reduces elements down to a simple set of parts or found household objects. Can you talk about this and your influences or themes through your work?

Yeah, I really like to try and simplify as much as possible. The usually seems to be so much baggage my own ideas (and often briefs). If I’m tackling something dense or complicated I usually try and cut away everything except the bare basics and then build up from the bottom. This is kind of true both in terms of content and form – Sometimes it gets to a point where it’s become overly complicated again and I have to go back to the beginning. It’s a balance. I think I like having one clear thing that I want a piece, or a project to communicate that is the focus, and then I have to carefully weigh up the rest of the bits in it to see if they complement and enhance it or if they’re fighting it. Again it’s a balance.

I’ve been obsessing over process forever. I think that was the best thing I got at art school, a critical look at process. At the moment I’m really interested in systems. In all senses of the word. How something works and what components are coming together to do a particular thing. Again this can be in content or in form. Especially in narrative. At the moment I’m really enjoying narratives where there are a limited and specific set of circumstances presented, and you can then set it all in motion, like a ball run or a train set. In terms of my day to day process for how I work – I normally get in my studio first thing and just warm up both physically and mentally for at least a couple of hours. This is usually sketchbook time, or little collage pieces or any exercise that get all the brain cells active. I’ve really come to appreciate over the past few years just how important warming up is. No great work happens in the first hour or two of sitting down. I have a part time job for a few days in the week to pay the bills, but days I’m not there I’m usually in the studio. At the moment with lockdown and all, everything has changed and I’m literally just taking each day at a time and seeing what I want to do.

Absolutely. 100%. I’ve always buried my head in the sand and used creating artwork as an escape from the real world. It’s a place where I can be free and just enjoy what I’m doing on my own terms. I’ve always held the maxim that if I’m not enjoying what I’m making then I shouldn’t be making it. You’ll always have that negative association with that piece. That’s not to say it should always be easy and I never want to be fully satisfied with what I’ve made because then I always want to make more. Also I really think it’s telling when you look at a piece; if someone had a good time making it (whether it was relaxing, or fun or just nice to do) you’re probably going to have a good time looking at it. I’d say that yeah my sketchbook definitely has a role in this because it’s that first port of call. It’s the first connection from mind to reality. Like I said above, I can happily escape into my sketchbook when I’m in a space or situation where I need to escape – and I never forget my sketchbook when I visit my family. 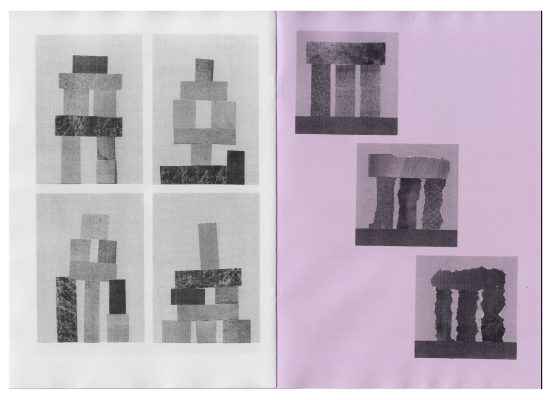 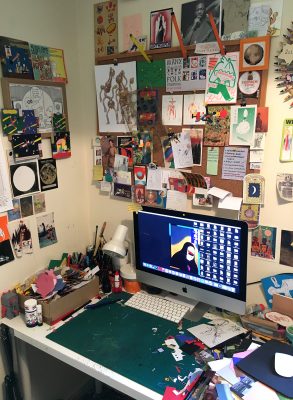 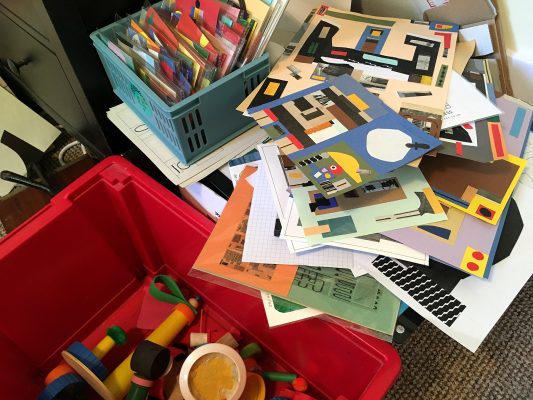 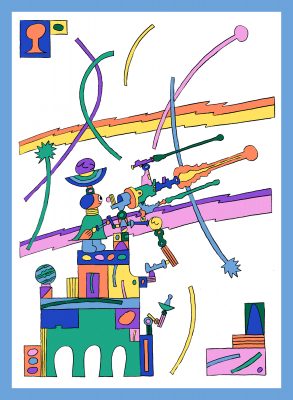 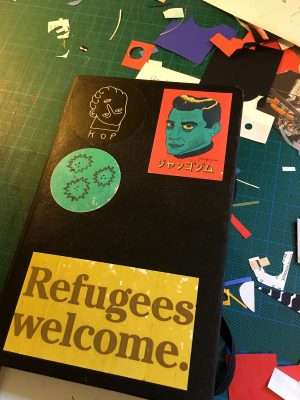 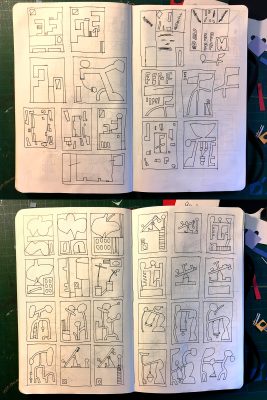 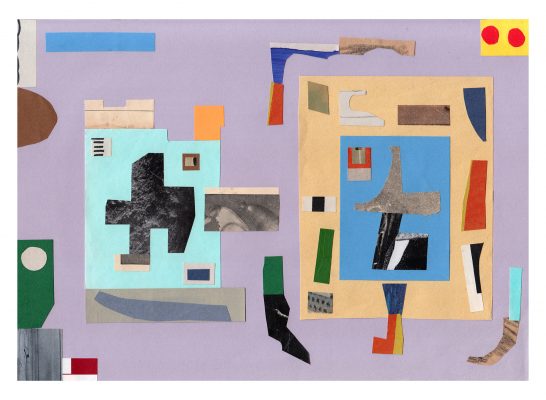