In conversation with Berlin based artist Merav Leibkuechler.

Merav, originally from northern Israel, studied Performance art at the Mateh Asher School of Performance Arts in Kibbutz Ga’aton Israel, and continued onto my masters in Fine Arts at the Berlin University of Arts – UdK.

Can you talk about your journey into or interest in the arts?

From an early age I remember myself drawing, enjoying and appreciating art. I grew up in an artistic family, most of our tribe are musicians or artists. My journey into creation began with choreography as I was studying Performance Art in Kibbutz Ga’aton. That’s how I first developed my artistic creativity. After completing my education in performance art, I started to experiment with photography. I was interested in capturing moments and places that usually were not well documented or observed. For example, I compiled a series of cigarette butts and the shapes that were created after they were extinguished. I was fascinated with decay and then moved on to focus on pieces of rotten fruit, apples specifically, documenting the different stages of decomposition.

During the time I was studying at the Udk, I had the chance to practice many different art media such as various printing techniques, sculpting techniques, painting etc… Eventually I found myself drawn to painting the most. I started to establish my own language and I was very passionate about combining my paintings together with some installations and performance ideas that I had in mind. This was what led into creating multidisciplinary installation projects that include Paintings, Objects, Performance and sound installation.

Yes, I do use sketchbooks quite often. I have sketchbooks in different sizes, some smaller so I can carry with me while travelling, others bigger for sketching at the studio. The sketchbook is where I express my initial artistic ideas and impression. It’s also a way for me to sort out my subconscious, emotions, and deeper thoughts. Most of my basic ideas for my paintings and Installation comes from my drawings. It is definitely a paramount tool for my creation and development of three dimension installation.

Your work is both very immediate and expressive, whilst also being very intricate in nature. Can you talk about what you are exploring through it?

I am exploring presence in the state of nonexistence, and dimensions within the void. What lies in the gap between presence and nothingness? What is the difference between matter and energy? What does the void look like?

I draw inspiration from Albert Einstein’s relativity theory and quantum mechanics regarding mankind’s understanding of the universe and the ability to expand outside our narrow orbit and see as well as experience the hidden facets of existence.

In my work I examine the boundaries between abstract and figurative styles, using elementary and geometric forms, rich textures and patterns creating new compositions; eliciting a consciousness of space and surface, portraying a state in which a fragmented past, present, and future are unified.

When I started painting, I had no idea how my work would look once finished. I am very focused on bringing my emotions and inner sensitivity onto the canvas. My first series of work was very spontaneous and created around this idea of inner exploration. Overtime, I developed my technique by adding more elements and dimensions into my work, gradually increasing awareness and decisions, whether conscious or not.

I’m usually working on a daily basis, on a few paintings simultaneously. I use mostly oil colours which have a long drying process so it can take some time until a piece is finished. Mostly, I have a sense of fulfilment when I see that the painting has the initial feeling that I intended to put onto the canvas. I have a rather strong gut feeling or intuition that leads me to make the final touches and decide when the work is completed. There are times when I don’t necessarily have the impulse to put the brush down and finish the piece. When that happens, I leave the painting for some time, and return to it after a while, letting it breathe.

I use colour and composition to produce strong contrasts achieving the illusion of distance through gaps between faded and dominant shades. Thus, an atmospheric effect conveying a ‘timeless’ feeling which I have lived and experienced is conceived.

Yes… but not always, often during the creation process I lose the feeling of time, being in ‘flow’. It feeds me with energy and satisfaction. The creation process for me is the moment in which I´m in the most mindful setup during my day. However, there are times when I feel stuck even though I try to keep an open mind. It can even block my creative process if I focus too much attention to one particular idea. Then I usually take some break, having some fresh air, in order to stay tuned. 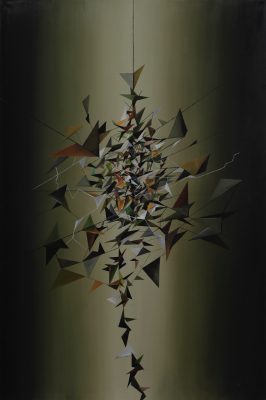 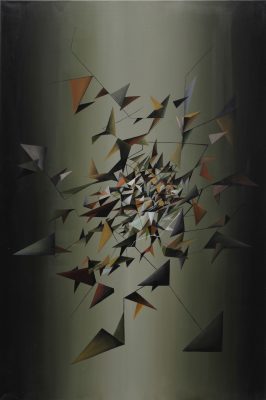 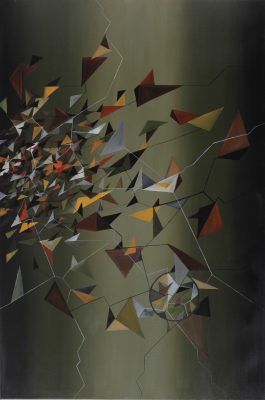 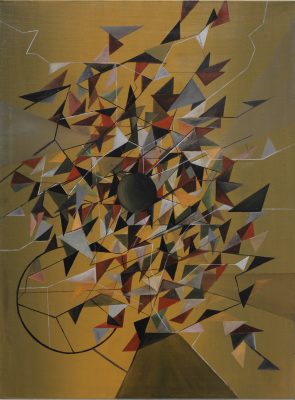 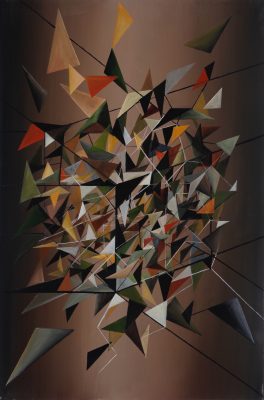 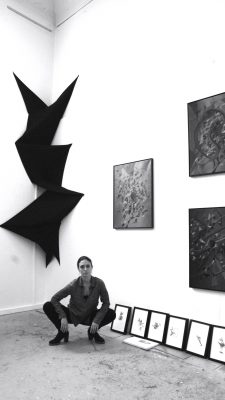 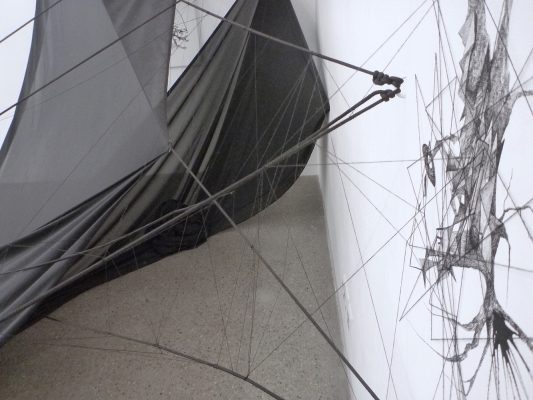 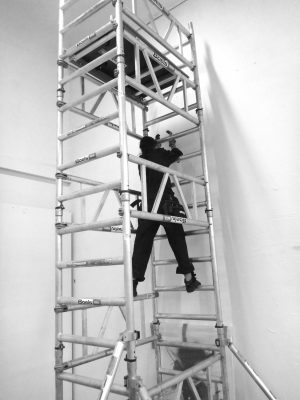 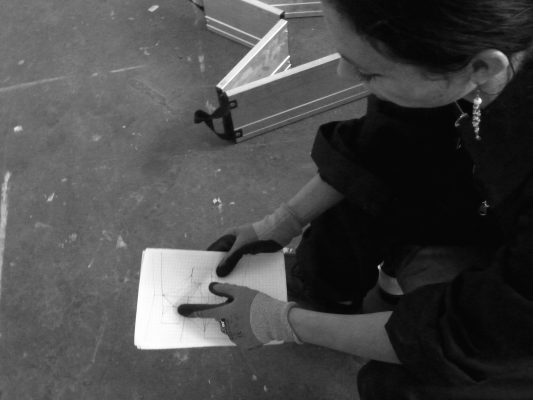 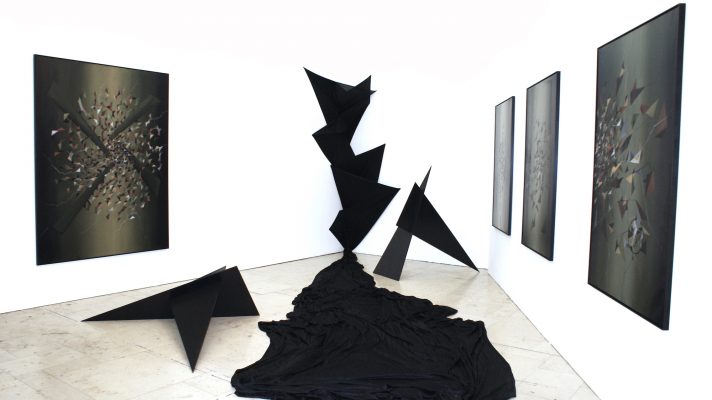 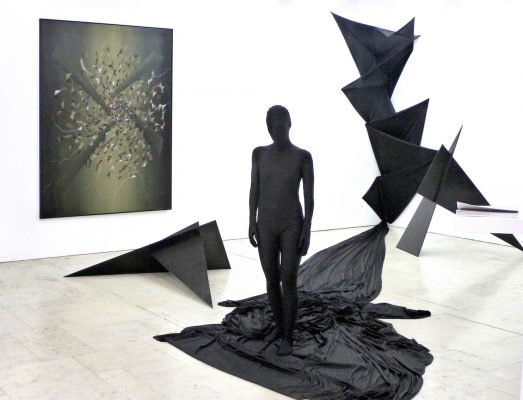 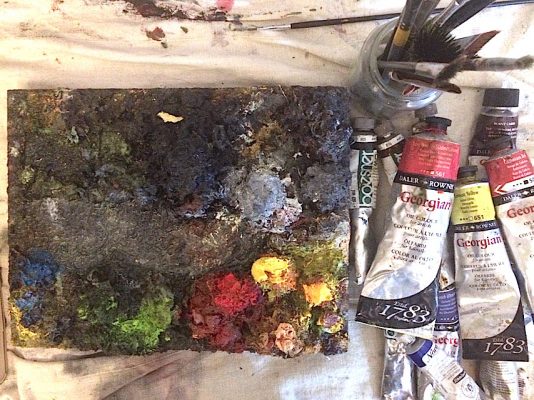 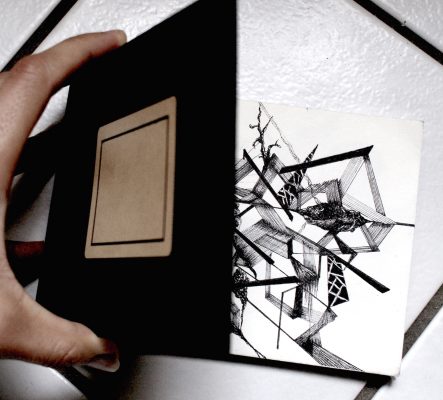 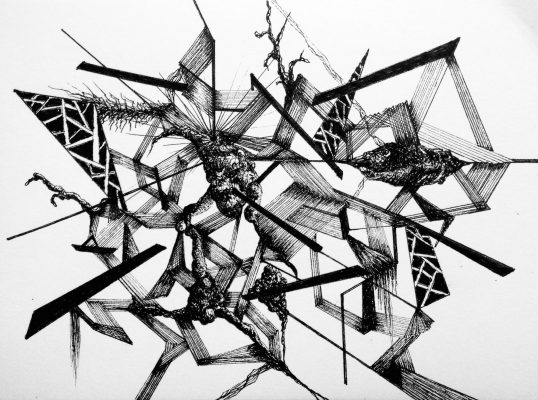 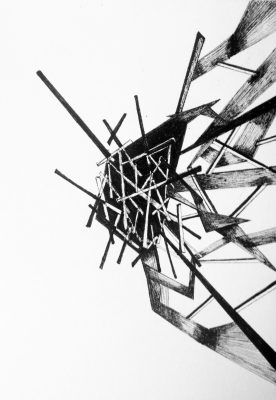 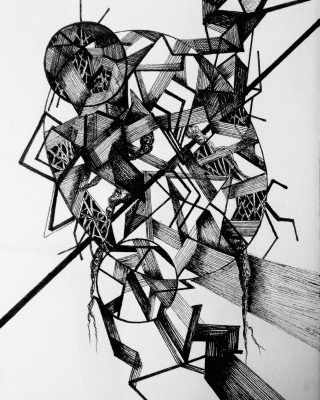 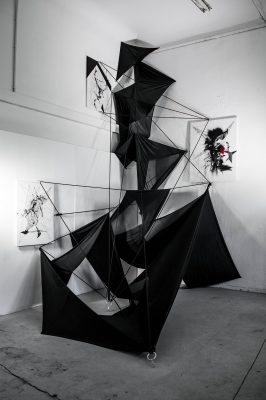