In conversation with minimalist modern artist Marin Van Zaal on minimalism and the need to create everyday.

Can you talk about your journey into the arts?

I didn’t grow up with siblings, so much of my time as a child was spent entertaining myself, in the backyard playing sports, reading books, and colouring and drawing. I was able to access entire worlds in my imagination and art was my favourite place to do that because I could make imagined concepts permanent on paper, unlike in a dream where it is so easy to forget what might have happened.

I started drawing seriously when I was about 12, and began taking elective art classes. The schools where I grew up in Massachusetts had excellent art programs, they believed that the arts were an incredibly important aspect of a child’s education so there was no shortage of opportunity. I was a good student otherwise but I spent a lot of time drawing and painting, using my free periods to go up to the arts studio and work on new things.

Eventually I decided to attend art school in Richmond, at the VCU School of the Arts, which was a fantastic experience, however family issues got in the way of my graduating. I have since seen a lot of value in the entrepreneurial approach to visual arts, if feels like the cross section between two aspects of myself, one that is extremely creative, and one that’s very business oriented so I am very happy with how things have turned out.

Do you use a sketchbook or journal within your process?

Though I am making paintings on paper, primarily work in digital art media, so I don’t currently use a physical sketchbook, I always did when I was younger, however I use certain programs like Procreate and Adobe Fresco on my tablet and phone and within them I work on new concepts, designs, and textural elements for my work. I create full pieces there that end up being displayed online. I tend to refer back to prior projects for ideas for new ones. I wonder how I can improve, how I can learn from things that I felt were sub-optimal in prior iterations of my work, and how I can push concepts further. I think it’s really important for an artist to create more versions of something than they feel is necessary, sometimes the best work comes out of accidents. I also use these programs to save colour palettes for future use.

Your work is described as minimalist. Can you elaborate on what minimalism means to you and your work?

To me, minimalism is about focusing entirely on form, colour, texture, and the relationships between them. It’s incredibly satisfying to create or to see in other’s work something that is simplistic to the point where there is no place to hide. Either your colours give a sense of an ideal pairing, or they don’t. The forms in minimalism seem easy to create but then someone with a finely attuned eye will look at them and realise that choices were made and often times they are all the right ones. When these elements come together it creates something that’s really sublime.

Your work often uses fluid shapes, that are both quite graphic, but at the same time very human and natural. What is the influence of these?

I’ve always been influenced by natural forms such as the shape of leaves, bodies, the contours of an island drawn on a map, things that might seem somewhat random but when one understands that the form of them has developed over a very long period of time, by the evolutionary process, by the environment, or by say a team of designers seeking to create an ideal model for an aerodynamic car, that the form itself is intentional. The shape of a leaf is often created to be capable of catching water for the tree, but also so that it will fly on the wind with great efficiency and take its part in fertilizing other trees, or even its own tree.

The shapes I choose are often created intuitively but the inspiration from them is deep in my subconscious, where the things that have influenced me rest.

Can you talk about your process of working. How do you work, how often? etc

In terms of digital pieces, I try to work every day. I make time for it, even if it’s not scheduled. I think sometimes it’s best for me to be in the proper headspace to work, so sometimes these periods come earlier or later in the day. I have tried to set aside a particular time of day to work, but sometimes I’m not productive when I do that. Now I effectively say “I must create something most days of the week, regardless of the time of day”.

Usually I think a bit about the type of forms I want to create and I get started in my program by picking a palette of colours to work in, then I start drawing forms. Often times I will erase and restart, change the colours early on, or scrap things entirely. I think it’s important in my sort of work to let there be a limit the amount that I rework things. I think my best work is created relatively quickly, where I can tell it’s going somewhere at the beginning and it’s a matter of creating additional lines or shapes that compliment the first set of shapes. I sort of work in a set of chronological layers.

I will usually come to a place where I like a composition but I feel some edits are necessary so I change colours, rework a textural look, or shift the position of elements until it fits. I always try to keep in mind that at its heart, work should be about what the artist finds satisfying. Most viewers of the work can tell that its personal, and that its individualised if the artist isn’t overworking it.

I have become increasingly interested in the therapeutic value of keeping a sketchbook/making work, can you talk about your thoughts on this or your relationship to this?

Even at an early age I saw the value of art as a therapeutic activity. I lost my father when I was 5, and I had days of very emotional outbursts and anger. When I had bad days my mother encouraged me to go into my room and draw. She had seen how I would focus on my paper and crayons, and how I would come out of it pretty calm. It became a safe place where I got to have control, where things could be fair, as far as I defined that, and as I grew up I realised precisely what it meant to me.

As an adult, I’ve always been able to find a place of calm in art specifically because it requires so much of my attention to be done properly, it is only possible if I block everything else out, so it is inherently meditative. I am also a runner and I find that both of these things provide similar peace, but with very different side benefits. I’m not sure if I intentionally work when I need a break from things, however I find that when I work regularly I tend not to get too upset about things. It has been a blessing to have right now while the world is in turmoil. 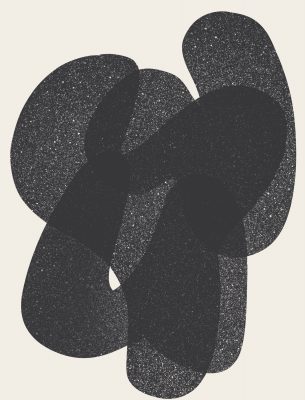 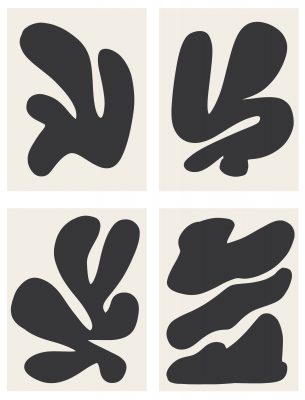 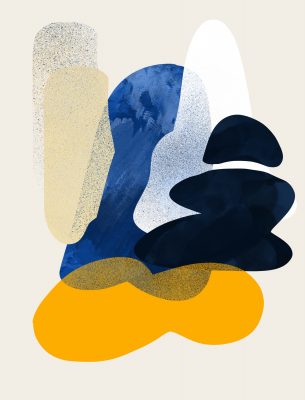 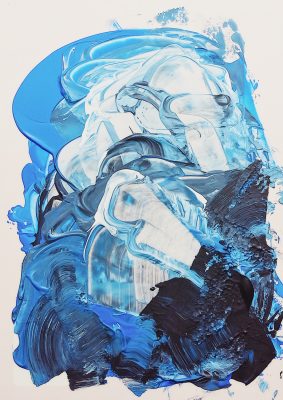 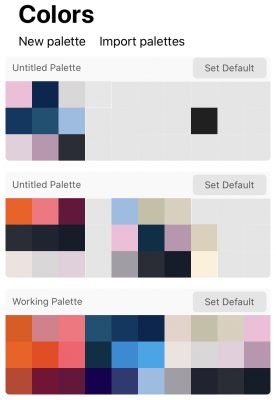 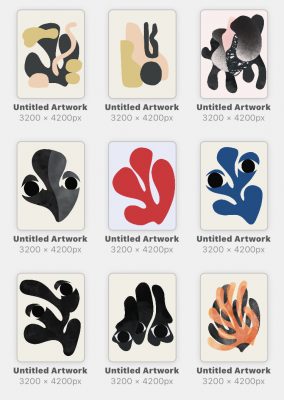 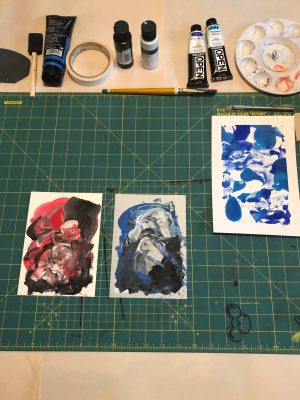