Originally from Montreal, Allan moved to Brooklyn in 1975, and since retiring as an advertising art director produces work from his apartment, and the work has adapted in size to fit the space. Having studied at the now closed The School of Art and Design of the Montreal Museum of Fine Arts, Allan describes his practice in collage as being more self-taught in nature.

Can you talk about your journey into or interest in the arts?

When I was a kid my favorite aunt was a landscape painter. She wasn’t particularly good, but she pushed me to be involved, bought me supplies and encouraged me to think about what a career in art might mean. I entered art school with absolutely no idea about what was possible. I knew nothing about art history. On the other hand, I thought I could do anything! Whether I was capable or not, I explored painting, graphic design, publishing, anything that enabled me to get my hands dirty, meet artists and develop my path. I was very fortunate to work with wonderful mentors right from the start.

I have used sketchbooks throughout my career for many different reasons. Early in my practice they were a means of gathering and expanding ideas. They were a patchwork of sketches, clippings, notes to self and whatnot. I never considered it to be something of value in itself. I never showed them and, in fact, never kept them. Now I wish I had!

When I worked as an art director in New York they were an important place to gather concepts and to record results. I don’t know anyone else that did it but I would bind together hundreds of pages of concepts, press sheets, whatever, just to have as a documented record of how ideas were developed.

In my collage work, I don’t use sketchbooks per se, although I have published sketchbook work on two occasions. The first was 2014 for The Brooklyn Art Library’s Sketchbook Project, a book I called What to Do and How to Do It, Pt.2

In 2019 I published a book called February Notebook which was taken from a sketchbook of collages that was completed, one a day, during the month of February, 2019. That was a unique experience that I will never repeat, although I’m quite happy with the results.

Well influence can be very nuanced. It doesn’t really mean much to say Rauschenberg and Schwitters. Who isn’t? I think I’m as much influenced by John Cage and Eric Dolphy as I am Marcel DuChamp and Hannah Höch.

Interests, influences, inspiration, all brew within you as you mature. I’ve a huge list of creative people I look to for inspiration and they cover all the arts. The architect Lebbeus Woods, the graphic designer Otto Neurath, composer Arvo Pärt. If you open your eyes and ears, there’s so much to synthesis, and over a lifetime it’s a huge comfort!

You describe yourself as producing analogue collage. Is the analogue aspect of your work central to your process?

It very much is. Handling materials, exploring textures, smells… they keep me tied to the surface of the work I produce. Often I manipulate paper and print to achieve an effect that removes it from its original state. Staining, distressing, bleaching, folding… it’s like mixing paint. I probably spend more time preparing materials than I do actually composing a piece.

I have done a lot of digital work and respect the process, but it is no longer something I respond to.

I walk into the studio every morning, but often it’s only to shuffle old work around, make lists of projects I intend to get around to, tear up old lists, and sit for a while drinking coffee and breathing in the studio air. New work often starts with layering and creating surfaces and textures that may or may not be visible in the final result. I like to work on several pieces at the same time, create base layers that share similar qualities. They may be put aside to work on later or be an immediate start to a new set of ideas. I attempt to keep as many kinds of projects active as I possibly can focus on. That may include work on canvas, postcard editions, mail art or collaborative work that I like to maintain with artists around the world. Something may not happen every day but there are always multiple possibilities.

Creative work is always relaxing… when it isn’t incredibly stressful! I think that’s where the therapy comes in. I’m very competitive on many levels, often to my detriment. That is where walking into the studio and just sitting and breathing helps. The studio is compact, airy and quiet. The room itself is my sketchbook! My creative history over the past ten years is there and it helps to ground me and perhaps reset priorities and expectations.

My art career has had many iterations – from a young, naïve gallery artist in Montreal, to small press publishing, graphic design and advertising art in New York, to a quieter studio practice in Brooklyn where I am free to explore whatever I want. I’ve had a lot of opportunities that I am very grateful for. 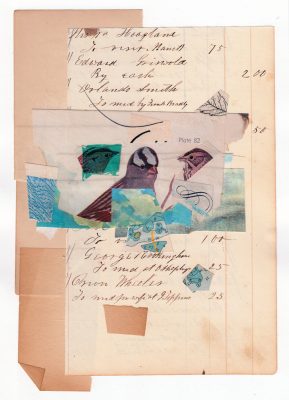 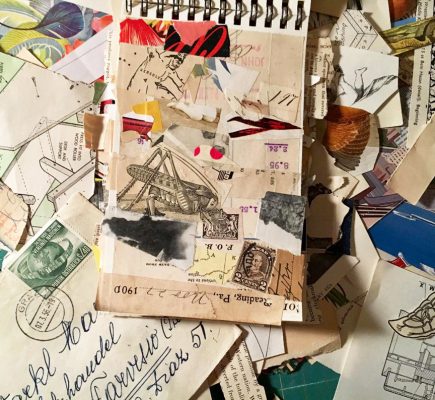 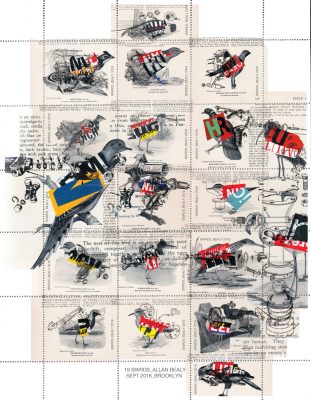 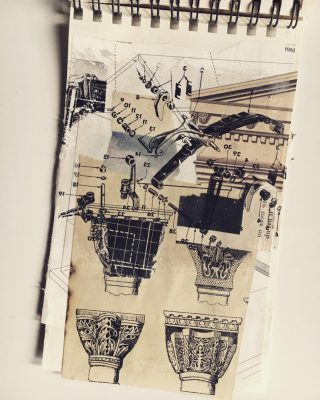 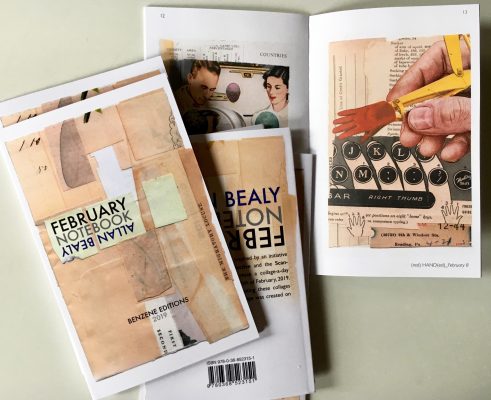 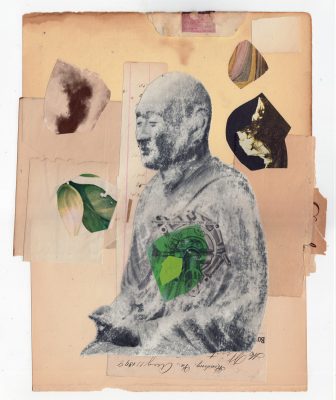 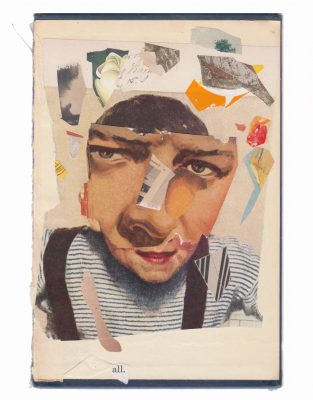 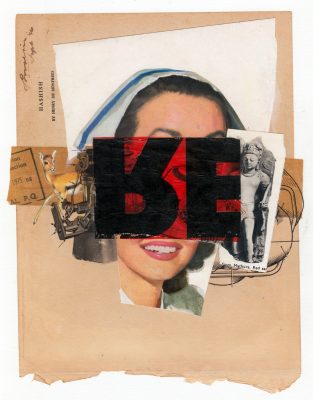 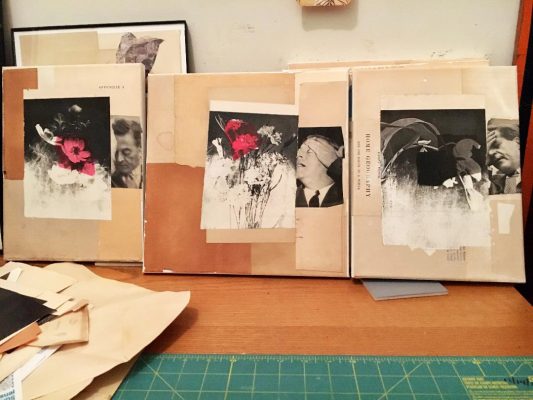 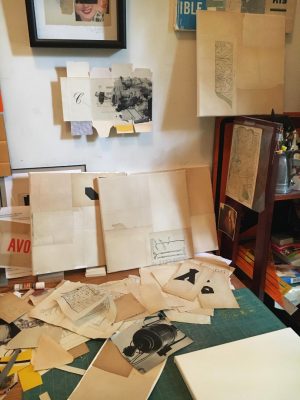