In conversation with self-taught artist Lascar from Luxembourg, Belgium.

Can you talk about your journey into the arts?

I have been attracted to some degree to some art since my early childhood. After some experiments and crash landings in the field of graffiti and a youthful opposition to art education during my high school years, art reappeared and devoured me during my history studies in college later on. I was particularly fascinated by the Dadaist movement and their members, which shaped and charged the already existing medium of collage with criticism and subversive power, thus opposing the political madness of that time. More than a hundred years later, and as we still live in pretty crazy times, the breeding ground for collage is given again and playing the cards seems to be a nobrainer.

Do you use a sketchbook? I’m interested in what a sketchbook means to you and your work? How do you develop your Ideas?

I don’t use a sketchbook, but I have always had a little notebook with me to write down ideas or striking thoughts. Besides paid jobs, good ideas or concepts are often not part of a big creative explosion but rather the sum of a few smaller inspirations that come to my mind in everyday life about varying contexts and prepare the ground for the most important part, the intuitive side of working, which allows to combine various impressions, feelings, and ideas merging into new narratives.

Can you talk about your influences upon your work?

As already mentioned, I was initially influenced by Dadaism and its artists like Kurt Schwitters, John Heartfield, Raoul Hausmann or Hannah Höch, classics. Later on, however, more and more outside influences flowed into it, older stuff like the art of George Grosz or Otto Dix, and newer ones like that from Bert Theis, Oscar Camilo de las Flores, Charlie Isoe or Jonathan Meese. But also very modern art, from the milieu of collage, painting or digital art inspires me on a daily basis. As well as tattoo artists, novelists, Luxembourgish colleagues or people from everyday life. To be honest, there is just too much good and interesting stuff out there and the list would be too big to publish. But most of all I am influenced by processing the inner and outer impressions and feelings that I filter from negative stuff that i see or live through and wrap my head around every day, may it be of political, philosophical, sociological or just of total random nature.

What themes are you exploring through your collage work?

I feel that art can be everything, but just not reality.

I am often scrolling through old scientific books or leisure magazines, that were once the peak of knowledge or entertainment, but have been discarded and nowadays seem to have become sort of waste paper, scraps that were thrown away by so called culture. At times it feels as if I am an archaeologist who is digging up hidden treasures. I free images or illustrations and embed them anew to pursue a certain purpose. A constant process of recycling and upcycling paper media. I try to present images known to the eye and mind by means of reappropriation, in such a way that the inherent facts and causalities shift and reveal themselves in a new light from a different angle, thus creating new connections and the possibility of renegotiating their meaning and values. All this while trying to remain faithful to the tradition of the grotesque, which opposes the beautiful, the good and the true, in hope of achieving a purifying effect on a real life basis. Therefore often the tendency towards the morbid, the abnormal, or the eye-catching. Some may call it extreme, but lets call it hungry, hungry for life, experience and change.

I decided doing analog collages and illustrations because they allow a certain magical leap back in time, have a fatalistic one and done character but also offer a unique haptic experience. The beginning of the work process is the compilation of materials. Paper, books, magazines, posters and stamps. I find a lot at flea markets or second-hand shops. I rarely buy new books. Some I even get from friends or their grandmothers. This is a more or less constant, ever ongoing process.

In a first step I sift through the material for suitable motifs. Either single-mindedly focused on a certain work or freely according to my pleasure, my temporary basic feeling. In a further, equally precise and monotonous work step, I then cut out all the motifs wanted. After I have collected a principle of cut-outs, I lay them out. Often there is a lot to change, add or subtract. It is not unusual for new ideas to emerge in the process. This last one sometimes forms out in a very direct and obvious manner, but other times in a subtle and entangled way. Sometimes super fast, sometimes it takes days or weeks. Some of it is more goal-oriented, some of it unfolds only during or after. While actually arranging cut-outs, things evolve from really loose, to more stable and i guess its a sort of investigation into our nature and the things we are and have been doing. There is room to move, to develop and to experiment, yet the portrayed material retains a certain firmness. It is a big puzzle to solve, a big child’s game to play.

The last work step is then the clean pasting of the individual cut-outs onto the carrier medium. Sometimes I also opt for street art paste-ups (more to come soon). All in all, I try to work as regularly as possible. But in reality, there are times when I work very little, and then there are times when I work excessively, preferably at night when it seems like the world has stopped spinning, beer is cold and music on loud.

Do you find the process of creating work relaxing or therapeutic? Ive become increasingly interested in the relationship of work to the artist, and how this enhances their lives.

It depends on several factors. I would have to lie if I said that working on my art would only calm me down. It is much more a permanent struggle, a questioning of oneself, in which one has to constantly zoom in and out. I have to take things out of context and insert them elsewhere, and by doing that, it goes the same for some parts of myself. One destroys and rebuilds anew. Celebration and suffering altogether. Of course there are also moments of leisure, of peace. It’s sort of like the weather, without rain i cant enjoy sun and vice versa and that’s where the dynamics come from. The work on art itself has taught me many lessons, both about myself, but also about the world i am part of. And at the end of the day, I can perhaps say, that working on art has carried me through some difficult times in life. To be continued. 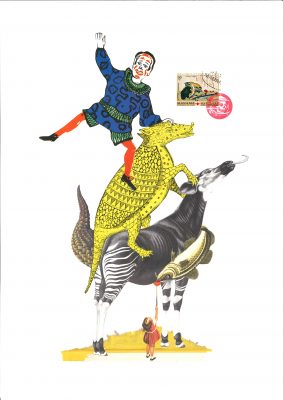 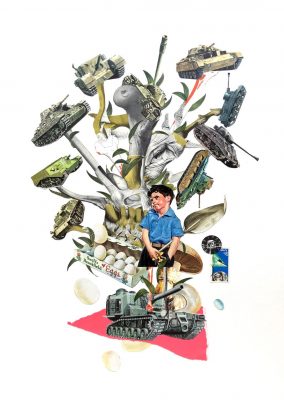 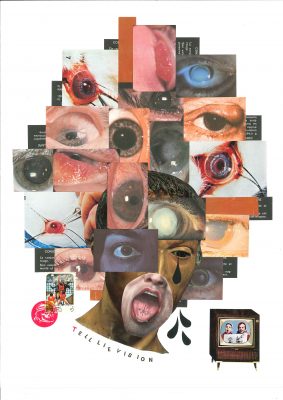 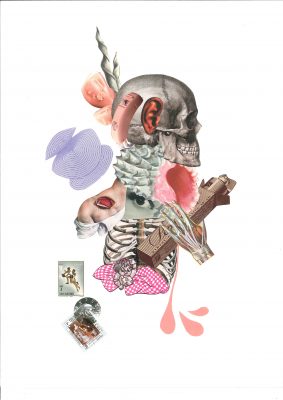 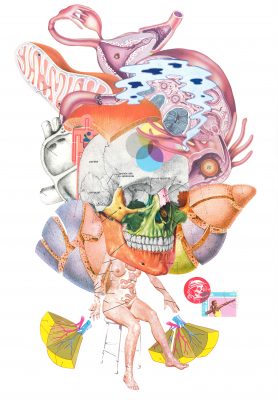 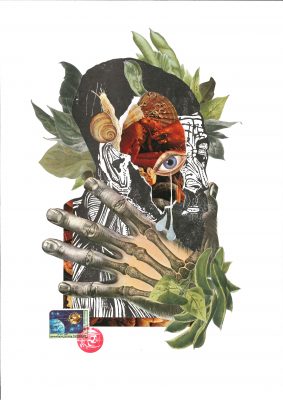 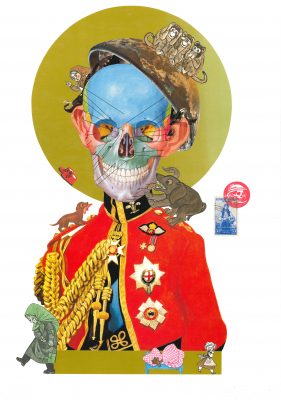 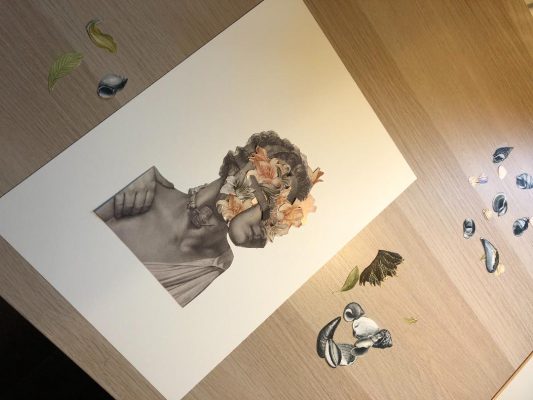 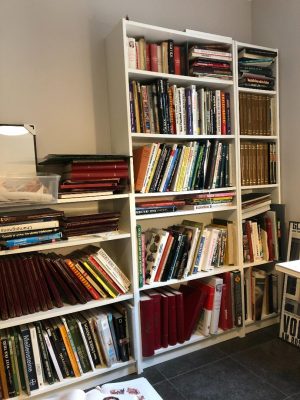