Feature on British artist and print maker John Pedder and his great use of a ‘sketch wall’.

I’m originally from Liverpool and now live in Sheffield having moved here straight after finishing art college in Hull. I’ve been an artist as long as I can remember and even when I was doing other things I still considered myself to be an artist.

I’ve always kept sketchbooks because I’m a drawer. I work with lines and always have, I even consider shapes to be just space captured by lines. In the last few years, and since I’ve had my own studio space I’ve taken to drawing on scraps of paper, card, wood and pinning them to a large wall behind my work table. I find it really inspiring and images don’t to get tucked away and forgotten about. A sketchbook is great but it restricts you to 2 pages at a time and flipping from one page to another is frustrating. With the wall I can move them around at will, creating collages of my own making. I would recommend my ‘sketch wall’ to anybody.

I’ve always been a maker and it’s only in recent years that I’ve managed to create a link between my drawing and a huge passion to contruct. It was a massive eureka moment when I took up woodcut printingmaking because it allowed me to use decades of craft skill education to really look at a lifelong search for a primitive mark. Woodcut slowed my whole creative process down so that a mark made in a few seconds in a sketch book could be fully investigated without falling into the trap of sophistication that years of experience can often bring. I do however use digital drawing an awful lot because a finger or ipencil on an iPad does a surprisingly good imitation of a knife carving wood. But at the end of the day that’s what is, an imitation, eventually you need to get into the real world of splinters, dust and thick ink if you want some honesty and authenticity.

After many years of not fully committing to an art life I’m now in a position where with some degree of success I can fully concentrate on what I’ve always known I should be doing.

I’ve been a theatre set builder, a musician, a builder and an antiques dealer and all of these wonderful distractions have required that I use my design skills. But maybe if I hadn’t been able to argue that I was being creative and had instead chosen the path of accountancy I may have bitten the bullet much sooner. 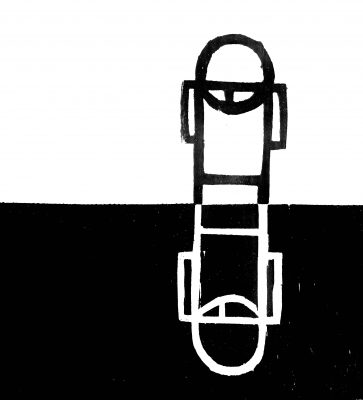 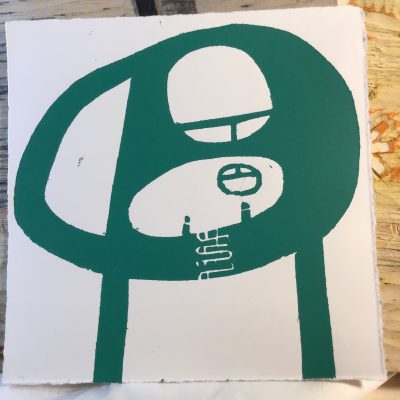 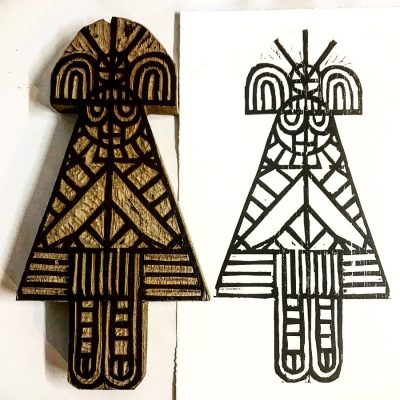 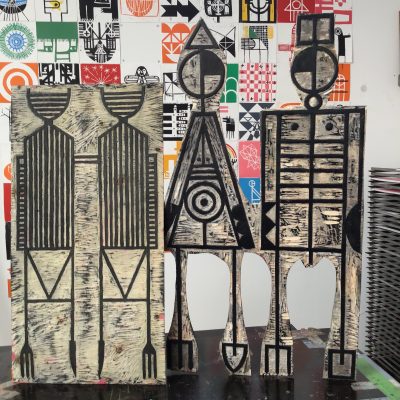 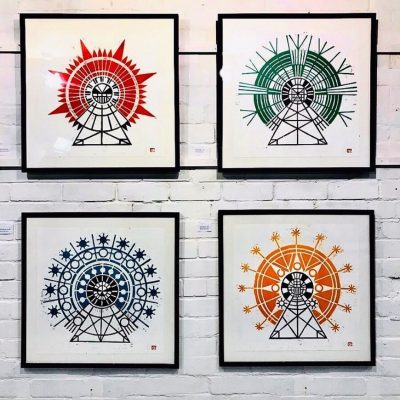