In conversation with Chicago based visual artist Jason House who predominantly collages from vintage source material.

Can you talk about your journey in to the arts?

I always loved drawing and building things as a kid. And always thrived in art class and summer art programs. But I also excelled in other academic areas that I was encouraged to pursue in lieu of art in high school, in preparation for college and career, so that I sadly lost touch with making or studying art again until college. I found my way back to it as a political science and economics major at the University of Colorado at Boulder, loading up on art history electives and working two graphic design internships. I eventually went on to art school at the Minneapolis College of Art and Design with the idea that I’d turn my attention to graphic design and typography. But by the time I finished my foundation year, where one’s required to take studio classes across many disciplines, I went all in and declared a fine art major in sculpture instead. Photography was the other primary medium in which I worked, while collage remained a private sketchbook activity.

With the exception of a one-year detour in a graduate program in architecture that I found myself unsuited for, missing the hands-on process-oriented studio practice I’d developed at art school, I spent my 20s working a few different jobs to further hone my wood and metalworking skills while continuing to make art. I restored furniture, did woodworking in an electric guitar factory, and ultimately did metal fabrication as a studio assistant for a sculptor and furniture maker who taught me a lot and gave me free rein to work on my own projects after hours and on weekends in his much larger and better-equipped studio than mine. I continued to make lots of small collage mostly in sketchbooks. And I remember making some large collaged pastel drawings, as tall and wide as I could reach, that I wish I still had. Then I stepped away from making art again for various personal reasons and didn’t return to it for roughly a decade.

When I returned after that long absence, photography became the focus of my practice. I began to take these flat, often intentionally out-of-focus images of light, shadow, and architectural details that weren’t particularly interesting on their own, but by pairing a couple of them together as a diptych, they’d find coherence and develop a certain visual complexity. And from there, I began to plan more ambitious multi-panel compositions. But because of the expense and time-consuming nature of printing photographic work, I started working some of these ideas out in collage with old source material I had laying around instead. It felt great to be working in the highly tactile medium of collage once again. I’d really been missing that. After doing this for a while as preparatory work for these photographic constructions I’d intended to make, I realised that the collage I’d been making was the work. After so many fits and starts over the years, and having never really shared it with anyone, I now found collage the primary focus of my artistic practice.

Can you talk about how you use a sketchbook? I know this might sound obvious, but the sketchbook is I suspect more than simply a set of pages. It is a contained element, often in chronological order, and it contains more than just drawings.

Sketchbooks have always been a way for me to privately work out visual ideas. I’m good at starting them and maintaining a certain level of aesthetic quality and coherence for a while, but I can never seem to sustain it. I’ve seen some artists’ sketchbooks over the years that are just wonderful, page after page and as a whole. I’d love to be able to maintain the focus over time to end up with something like that, but I guess it’s not my way. At some point after abandoning the last, I’ll start a new one with the best intentions, but eventually it too will fall by the wayside as I turn my attention elsewhere. I’ve started one of them over the past couple of years to work out collage ideas that don’t fit into the current bodies of work I’ve been making –ideas I might want to save and develop in the future or just sort of fast visual one-liners to warm up with those times I’m having difficulty getting traction in the studio. But I haven’t done anything in it for months now, as lately I’d rather just get right to work on whatever particular process-oriented collage I’m engaged with at the moment.

Your work often uses found ephemera, and in particular vintage items. What is it specifically about the vintage elements that interest you, is this nostalgia, aesthetic or something else?

It’s definitely not nostalgia. In fact, you’d be hard-pressed to find any more than a handful of recognizable vintage imagery that’s survived my process to end up in a finished collage over the past couple of years. What I’m interested in, and what the vintage material (mostly magazines) offers me, are these unique colour palettes not commonly found today, as well as print and paper qualities – even found scribbles, folds, and other surface imperfections from its prior life – imbued with a sort of character you don’t often find with new material. After a while of working with a wide range of publications from various eras, knowing just where to go to get the colour or feel of what I need for a particular collage has become second nature to me. And it’s from that intimate familiarity with my found materials that I’m building this constantly-evolving personal visual language of abstraction you see playing-out in my collage work over time. I’m always trying to obfuscate, transform, and hopefully transcend the source material by isolating and stripping away whatever original context and meaning the material might have had as I work with it and coming out the other side with a new whole in the form of a collage that’s just itself, not necessarily of any time.

Can you talk about your process of working. How do you order, collect, collate etc.

I’ve built a large collection of vintage source material to which I’m constantly adding and with which I work. Over the past couple of years, I’ve been working almost exclusively from dozens of issues of a few different magazines from the early ’60s through early ’70s, which ones isn’t really important. There was something about the images and tactile quality of the pages that spoke to me in a way I wanted to use in these collages. Other vintage material from books or older magazines has also found its way into the work here and there. But there’s a different feel to the ink, paper, and print quality of the material from those other sources that has me mostly setting them aside for future use, same as the hundreds of other vintage publications I’ve acquired and earmarked for an ever-evolving list of projects I’ll likely never all get to, let alone complete. But I find it useful to always be thinking about the future and how to move my work forward with new projects.

The collages each begin and evolve a little differently, but by the end of my comparatively slow process for an artist working in the medium, over multiple sessions, all seem to eventually relate to one another and sort of share the same DNA. I tend to work in fast bursts punctuated with periods of intense viewing and feeling-out my next moves before striking quickly again. All the collages evolve organically in a generally additive and reductive process until they achieve their final state – quite object-like in most cases, multi-layered and irregularly-shaped. In many of the most recent ones from the small, squarish format series I’ve been making for a little over a year now, I’m literally building the work up from a series of scraps and pieces. Building outward and frequently adjusting the orientation as I go, I’ll get to a point where I pare it back, deconstructing what I’ve built and then rebuilding it up again differently, each collage revealing a history of its own making in the end. And while my work is undoubtedly process-oriented, I’m always focused on some feeling or idea I want to express, so they’re hopefully never divorced from the world as simply abstract aesthetic gestures, but have a resonance and meaning beyond that. That’s important to me. Sometimes it’s reinforced in the title, and sometimes the title is me playing with some turn-of-phrase from a notebook I keep, or an anagram I’ve made that amuses me from found text I’ve used in the piece itself. Whatever the case, I consider the titles to be another integral layer of the work.

I saw your work on Instagram. Can you talk about the ’community’ of a visual artist in light of the recent lock-downs?

The past few months have really changed everything. Before COVID-19 came along, I’d make a point of getting out regularly to attend the openings of artists showing locally to engage with their work and catch up with other artist friends and acquaintances who’d also be there. Studio visits were another way to talk about work and maintain a sense of artistic community. That’s all been turned on its head by the recent social distancing and lockdown measures.

Now that there’s been no possibility for local in-person engagement for a few months, just maybe some here and there on the phone or online with certain friends, I’m finding myself increasingly engaged in conversation about work with other collage artists around the world in my DMs who I’ve met on Instagram. It’s become a great way to connect with a new artistic community in a virtual space while our local ones are on hold during the pandemic and to stay focused on the greater world out there while we’re all largely stuck at home. 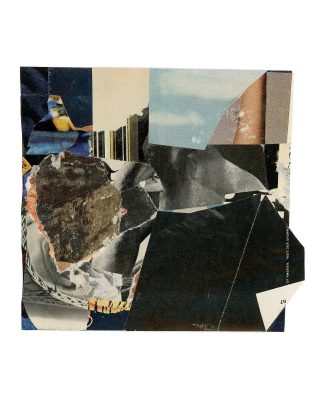 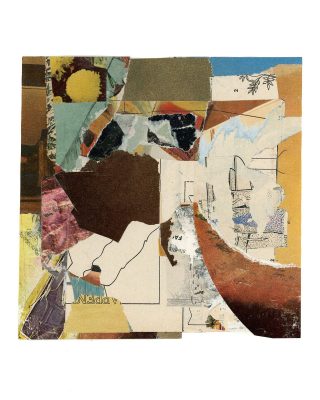 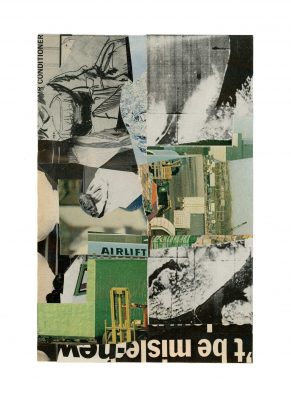 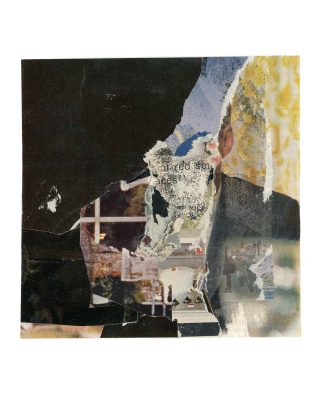 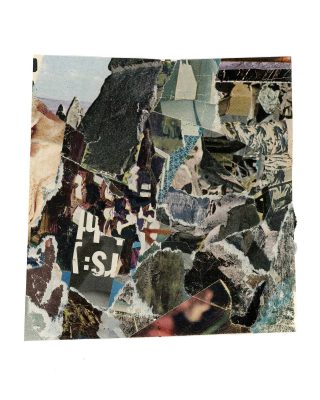